Conservationists based at the UK’s Chester Zoo announced earlier this year that they have begun freezing tissue samples of the world’s rarest animals in an attempt to safeguard them from extinction. 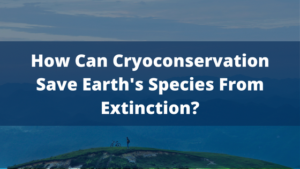 Here, Nature’s SAFE (one of Europe’s largest “living biobanks”) was founded by scientists to create a store of cell lines that can be brought back as living tissue. Once back from the “dead”, these cells could be developed and deployed in breeding programs to try and return a deceased animal’s genetic material into a population.

To find out more about this futuristic approach to conservation, IFLScience spoke to Dr Sue Walker and Dr Rhiannon Bolton, cofounders of Nature’s SAFE, to find out more about how the living biobank actually works, and what species have been given the unusual deep freeze treatment so far.